When to go to Amsterdam depending on the climate and the activities on site?

A city with a population of one and a half million, Amsterdam is the capital of the Netherlands. Whatever the season, the Dutch capital is a pleasant place to visit. Dominated by a oceanic climate, the city of Amsterdam does not experience bad seasons. In both summer and winter, all seasons lend themselves to the discovery of this authentic city. The spider’s web of canals, colourful houses and numerous cafés provide a special atmosphere. Amsterdam is well worth a visit during your stay. With our weather tips to find out when to go to Amsterdam let yourself be tempted by a trip on Dutch soil to discover a city where the weather is conducive to a multitude of interesting activities.

The good times for tourists and visitors to Amsterdam

The Netherlands has a temperate climate with a cool winter season and a rather mild summer season. However, due to the influence of both the North Sea and west winds, the city of Amsterdam is still dominated by an oceanic climate with a sometimes very cold winter but never too hot summer.

As the seasons go by, Amsterdam looks as follows:
During the springtime, the city of Amsterdam displays its beautiful colors. Gardens and parks are adorned with flowers, cafés and façades struck by the sun’s rays offer a real spectacle of orange colours to the city. Due to its cool and mild temperatures, spring is appreciated by many visitors who take the opportunity to discover the city by bike.

As for summer with average temperatures ranging from 20 °C to 26 °C, it appears as a mild period to get to Amsterdam. During this season, the city also serves as a setting for the organisation of several cultural festivals such as the Holland Festival in June, the North Sea Jazz Festival in July and the Uitmarkt which takes place in August. Indeed, the city knows a real influx of tourists and holidaymakers during the summer season. As a result, it is sometimes difficult to find a room to stay in and accommodation prices can also rise, especially in the unusual Amsterdam accommodation.

With a rather long summer period, you have to wait until the end of September to discover the city under the superb colours of autumn. This season is especially perfect for strolling along the city’s canals and admiring the traditional multicoloured houses with their shutterless windows.

If the winter season seems little appreciated by visitors, it represents an ideal period to visit the city under its b> beautiful layers of snow in places. Several hotels offer mainly promotional rates during this period.

What is the best way to get to Amsterdam: metro, bus, bicycle?

With a highly developed road network, it becomes easy to get from one place to another in the city, whether it is the subway, bus, ferry or bicycle. However, if you come by car, it is advisable to park in a parking lot outside the city, as the majority of trips are made by public transport or bicycle. To better prepare your trip to Amsterdam, there is indeed more than one blog Amsterdam which will allow you to have information on the schedule metro Amsterdam, the metro map, the different parking lots, etc.

What to visit in Amsterdam?

Listed as a UNESCO World Heritage Site, the Dutch capital is full of tourist attractions such as its magnificent alleyways, famous museums and historic buildings. Whether you are a family or a couple, you will enjoy visiting the city through its remarkable sites and places such as :

On the other hand, you can’t end your visit to Amsterdam without discovering the Van Gogh Museum, RijksMuseum, famous for its Rembrandt’s paintings and the famous Anne Franck’s House, which is a place full of history and emotion.

Things to do in Amsterdam

As a multi-faceted city, Amsterdam is ideally suited for a variety of leisure and recreational activities. These include : 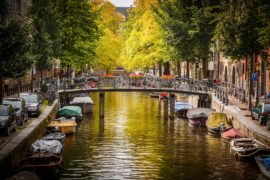 Which luggage model should I choose to go to Amsterdam? 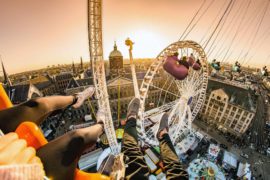 Saving on your stay in Amsterdam