Why You Should Visit the Anne Frank House in Amsterdam?

The Anne Frank House isn’t a museum like any other, it is an initiation. You will leave the place transformed. You definitely want to book priority tickets ahead of time to avoid waiting in line.

What are you waiting for? Maybe you’re thinking you’ll visit a classic, regular museum that you can walk around and enjoy while telling jokes. If you’re thinking: “After all, all of this is in the past, it may be quite sad, but it’s history! Yes, history is often sad, but it makes for good movies… “ You have no idea! As soon as you enter this place, emotions take over … You won’t dare speak, you may whisper a little, then pause…

Discover Southern Amsterdam with an expert guide and visit the place where Anne Frank spent her childhood. You can join this guided walking tour before you visit Anne Frank's House.

Take a walk through Amsterdam with a professional guide who will tell you about the city during WWII, through the eyes of Anne Frank. The route takes you from the Jewish Quarter, past Anne Frank's House. You’ll hear the complete story of those dark days.

Small-Group Bike Tour in the Neighborhood of Anne Frank

A 2-hour bike tour through the River District of Amsterdam. Along the way you will have several stops to tell you all about Anne Frank and her time before her family went into hiding because of the German occupation in July 1942.

A 2-hour bike tour through the neighborhood of Anne Frank Hous : €30

I felt strong emotions when I visited this house in the Jordaan district, especially when I saw the “annex” where this German Jewish teenager lived with her family and then family friends for more than 2 years, from July 6, 1942 until their arrest on August 4, 1944.
I got emotional imagining the overcrowdedness, the tension arising from confinement.
The emotions I felt from re-reading and rehearing excerpts from her diary, watching interviews with her father (recorded in the 70s) – the sole surviving occupant of this hiding place;
The emotions I felt when I saw photos from Auschwitz – where so many people suffered and then died because they were Jews, homosexuals, or opponents of Hitler or of collaborationist regimes – where Anne Frank’s life ended just before the Armistice was signed.

The Diary of Anne Frank

She wrote to free herself a little from oppression, from confinement, from fear, from the difficulties of a life without intimacy, but also to tell her story, to be a witness. She wanted to become a writer. On 03/28/1944 she heard Minister Bolkeshein’s announcement on Radio London that after the war, newspapers and letters covering this period would be collected around the country to preserve the story of how “ordinary people” lived during the Second World War for future generations. She then began writing a book based on her diary. This book was never completed …

Is this old news? Useless information?

What about today? How could so many people have forgotten this horror?

How can extreme rightwing parties- which advocate for xenophobic, homophobic, and hateful ideas with radical “solutions” supposedly against the economic crisis, devised and then implemented by Hitler – come to power in Hungary and the United States and rise in France, the Netherlands and the rest of Europe in such proportions? And how can politicians who call themselves Gaullists flirt with ideas so close to those advanced by these extremists?

This house/museum is filled with an atmosphere that provokes reflection, that revives the memory of this dark period and makes me want to shout:

“No! Never again! Never again will extremist, hateful, racist parties be in power! Anne Frank must be heard just like everyone else who lived through and witnessed it!”

Getting tickets in advance is a good idea, because otherwise you’ll have to wait in line for over 30 minutes: long live the priority ticket! The museum is really well-designed, I really enjoyed the progression representing Anne Frank’s incredible story.

The museum did not choose to present this story from a purely solemn, historical, or grandiloquent point of view. First of all, the rooms displaying the historical context very simply demonstrate what the Frank family had to face and the choices they made: their exile from Germany to Amsterdam, and then having to hide in an attic.

You will see it all because everything was left as it was, per the family’s wishes. The Father, Otto Frank had the idea of hiding in the attic above the fruit jam company he worked at. The museum shows us the life of these prisoners by will through the eyes of Anne Frank and her father, the only survivor of this tragedy.

This human dimension brings a lot of emotions and proximity. The rooms you visit have been maintained in the same condition for 70 years, and you can even discover photos of her idols at the time, which she hung on the wall.

Why did Anne Frank write other texts on top of her diary?

We understand that the diary was an escape for Anne Frank that she constructed in her mind. It’s how she developed a passion for writing and began to write texts other than her diary.

When her father, returning from the concentration camps, discovered these texts and her diary, he took a very long time to muster up the strength to read his daughter Anne’s writings. In an interview, he explains that he did not realize his daughter could write with such depth and spirituality while their daily life was so hopelessly desperate.

It emotionally ripped him apart. Other touching accounts: Anne Frank’s friend who recounts their excessively emotional reunion at Auschwitz and their skeletal appearances, their silhouettes outlined with protruding bones. Her friend recounted that Anne, even reduced to a zombie-like state, truly believed she would survive. Unfortunately, she did not.

Amsterdam Walking Tour: The Fascinating Story of Anne Frank: €26.50
A 2-hour bike tour through the neighborhood of Anne Frank Hous : €30
0 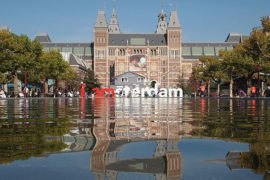 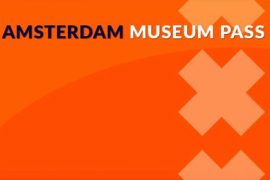