The sensational store in Amsterdam: condominiums

Everybody rushes in and just to admire the window of this shop, it is a must in Amsterdam and in the Red District.

Here the owner puts forward the condoms, the window is composed of indescribable condoms suspended by clothes pegs. A Neapolitan version of the condom of sorts.

Address of the shop la Condomerie, Warmoesstraat 141, The Netherlands

Angel’s word: pranks and condom tricks. Well, girls, don’t do too much window-shopping!

Owner Theodoor van Boven has selected more than 300 models of hoods, some of which will leave you speechless, well, so to speak.

There’s something for everyone and it’s hard to say: sizes (some are gigantic), shapes, hypoallergenic, sensations, fragrances, female or male condoms.

A tape measure is available in the shop to be sure of the size. Basically, if you find the right shoe for you, then you will come (or
you will get your thrill).

« We have invested in research in partnership with the University of Amsterdam to take into account the diversity of the male gender., explains Theodor van Boven. Men complained about condoms and it took more than 20 years to change the standards.. »

Of course, and I would say that it’s obvious, there are many lubricants, more than thirty, enough to make the bill or the pain slide.

There is a queue to enter the shop, but when you enter the shop the co-founders Marijke Vilijn and Ricky Jansen are also there to advise you with a smile!

You can buy online on the link at the bottom of the article, but sellers say to anyone who wants to hear it that it’s better to contact them, it’s their business model.
For the insatiable, you will also find organic condoms, vegan, in short it’s a party on every floor. 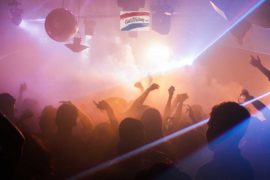 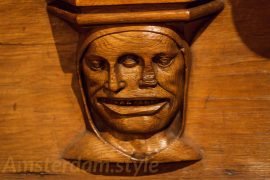 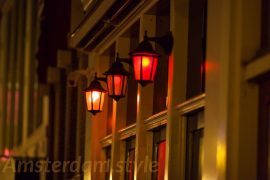